When you book with an account, you will be able to track your payment status, track the confirmation and you can also rate the tour after you finished the tour.
Sign Up

Or Continue As Guest

When you book with an account, you will be able to track your payment status, track the confirmation and you can also rate the tour after you finished the tour.
Sign Up
926
DetailItineraryMapPhotosReviews

Lijiang – A city in the northwest part of China’s Yunnan province, is home to the Naxi and several other ethnic minority groups.

Elephant Trunk Hill – The hill looks like a giant elephant drinking water from the river. There are not only many spectacular natural scenes around the hill, but also some ancient constructions, such as Puxian Pagoda, Yunfeng Temple, and Sarira Dagoba.

Fubo Moutain – The beautiful Fubo Hill, in the northeast of the Guilin city, is well known as the “Wonderland on Wave” with its exquisite peak rising high and its foot half in water and half on land.

Minority Dong Village – Dong Villages are the representative of the cultural landscape of Chinese ethnic minority villages, and their Outstanding Universal Value.

Fishing Bird Show – Cormorant is a kind of large fish-catching bird with black furs. It has long neck and it can dive and stay under water for long time. It is searching the fish while it is under water.

Silver Cave – It is the largest karst cave in Guilin and fully shows the charm of the typical karst landform in south China.
Lujia Village

Sun & Moon Tower – The Sun and Moon Twin Towers are the landmark buildings of Guilin. One pagoda tower is made of copper and the other is made of glass, both connected by a tunnel over 10 meters in length beneath Sanhu Lake upon which they sit.

Ronghu Scenic Area – Many poets and intellectuals have written a lot of poems and literary pieces to describe the charming beauty of the lake.

Zigzag Bridege – The zigzag bridge is a common feature in classical Chinese gardens. According to local lore (and tourist guides!) zigzag bridges and paths are said to confound evil spirits that can only walk straight line.

South Gate – The Ancient South Gate sits on the north bank of Banyan Lake in Guilin (along with Fir Lake, the two lakes were originally the southern section of the moat that protected the ancient city of Guilin). 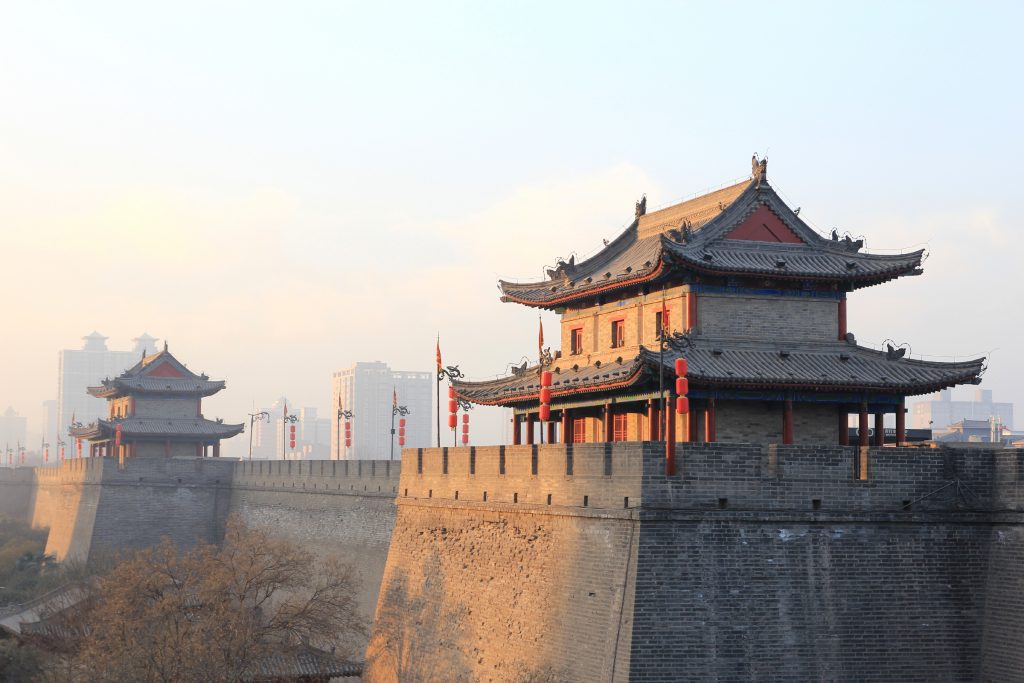